Earlier in the week, I posted pictures of my grandchildren on Facebook with a promise to share Evie’s poem today.  I've been under the weather today, but I want to get this written before the meds kick in. 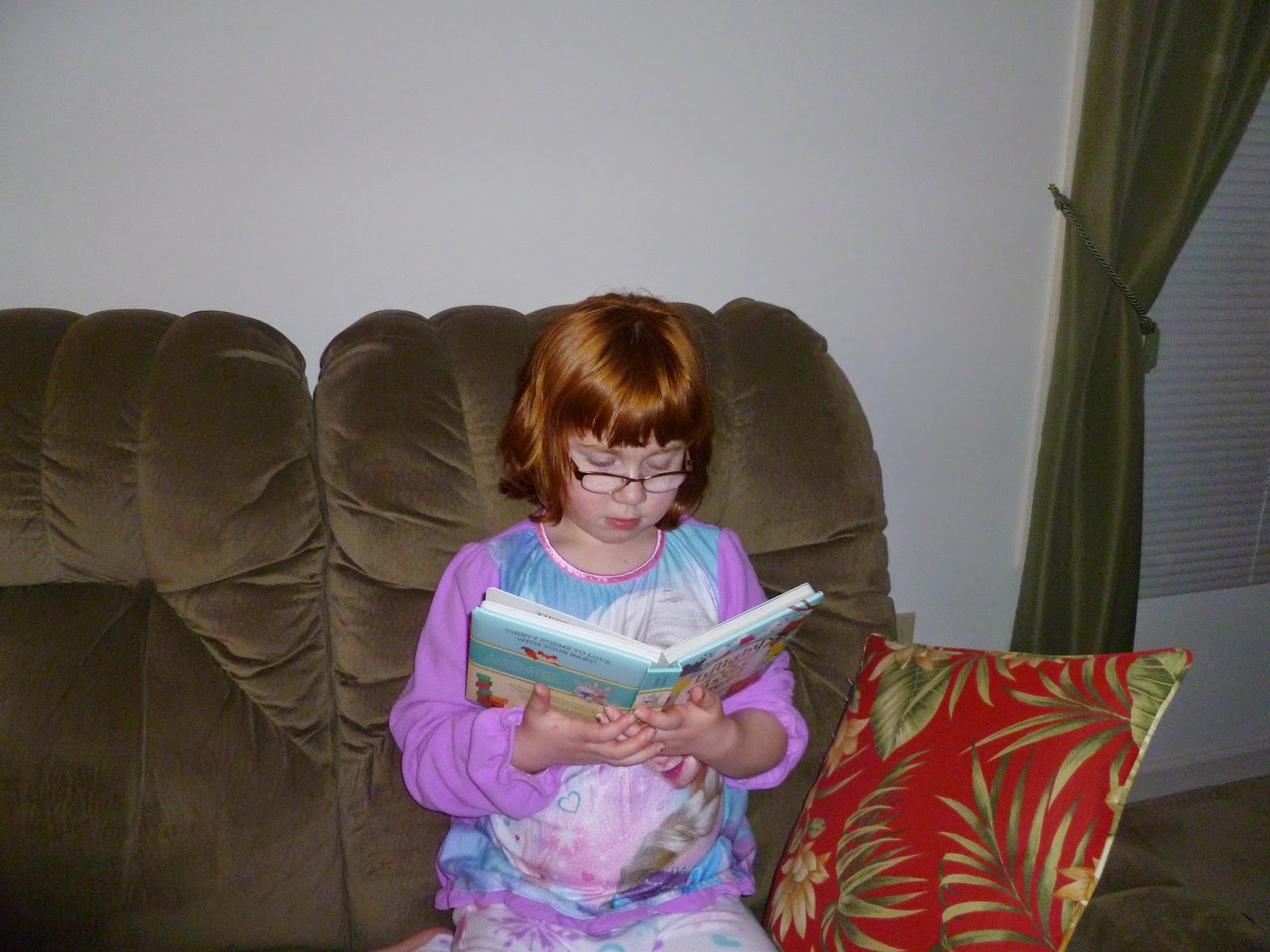 I was very excited to share Lee Bennett Hopkins’ latest anthology Lullaby and Kisses Sweet with Evie and Victor because one of my poems is included. It was so much fun to read the poems to them. Evie was especially intrigued, and enthusiastically interjected comments about her own experiences. For example, after reading “Spaghetti” by Laura Purdie Salas, she said, “Yeah, Victor is messy like that too!” To Amy Ludwig VanDerwater’s  “My Tricycle” she said, “My bike has two wheels, but it has training wheels too. One, two, three, four.”  I loved hearing her make connections to these adorable poems. 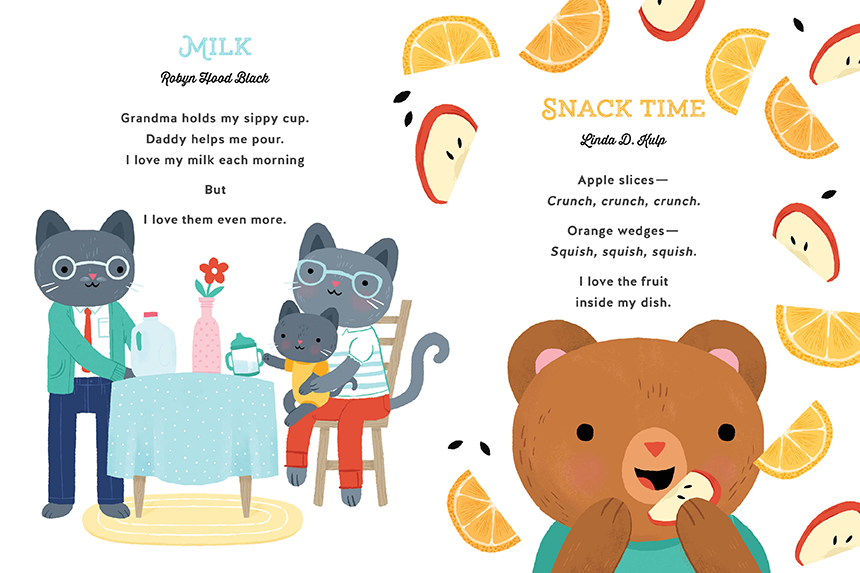 Then, holding the book in her little hands, she piped up, “Hey, I have a poem too, listen to this:


Purple plum, purple plum
I love them in my
Dish, dish, dish!

As soon as she was finished reciting her poem, she gave a little giggle and ran off to play with her brother and Grandpa.  Simple as that! 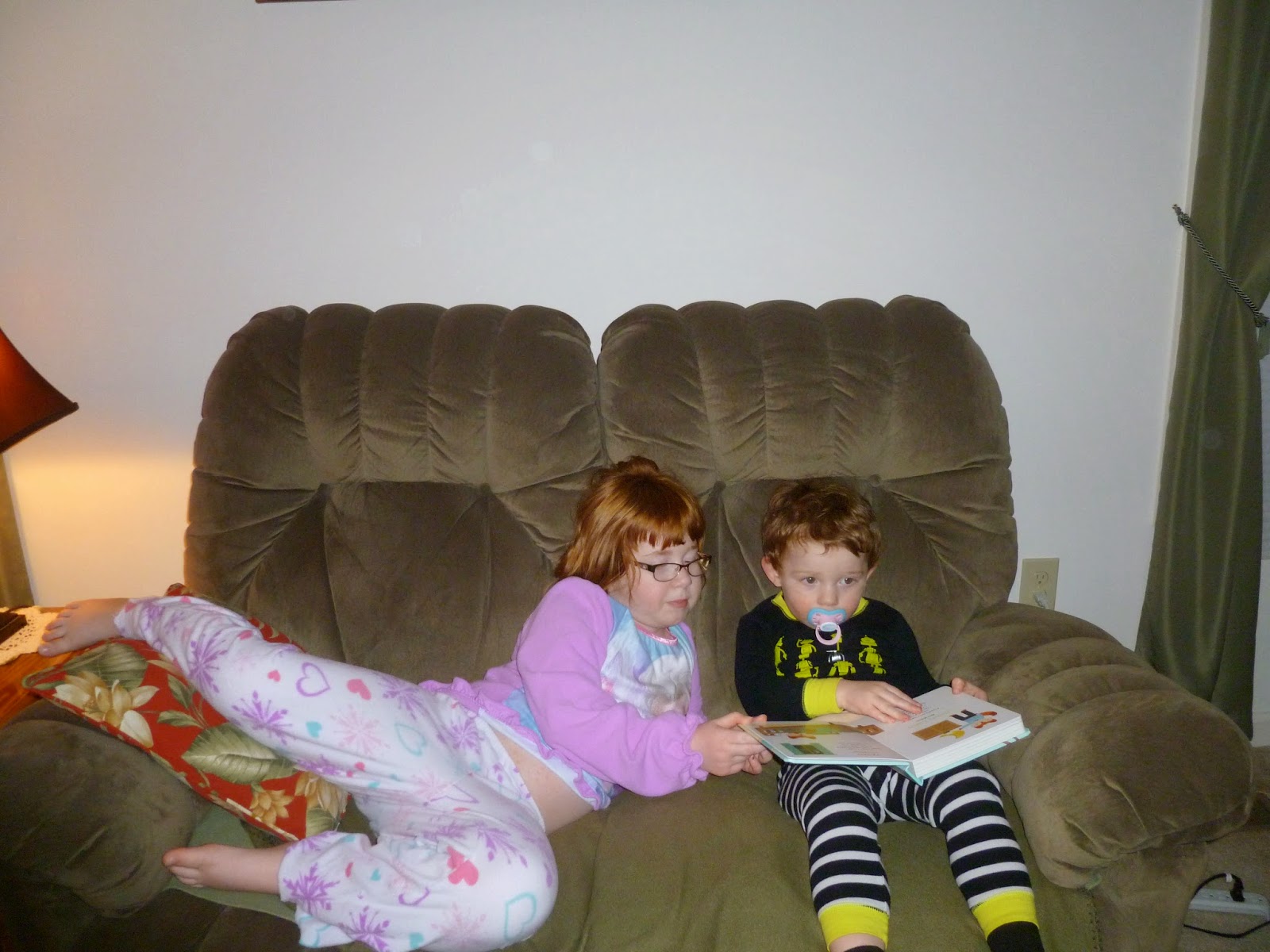 Of course, I was tickled she modeled her poem from mine, but even more important is how she made it her own!  She wasn’t all that impressed to find Grandma’s poem in a book; she’s seen that before. Instead, she was inspired by poems that touched her heart. This little book spoke to her, and she wanted to be part of it. Isn’t that the reason we write poetry?  No review by a publisher or editor is more meaningful than the reactions of a child who sees herself in words we wrote.

I wish I had thought to have her illustrate her poem.  I can just imagine a whole page full of squished up plums!  I don’t want to miss that opportunity again so the other day I bought a little blank book. Now Evie and I can start our own poetry collection!  I think it will make a perfect keepsake.

Evie lives in a language-rich environment where her Grandma reads her poetry, and Daddy reads her picture books.  She and my son have been creating their own stories together since she was an infant. Evie delights in telling her stories to Mommy and anyone else who will listen! In her mind, making stories and poems is just part of her day.

Playing with words comes natural to young children, but not all children have the good fortunate to have quality books like LULLABY.   I want to change that, at least in my own small way.  I have decided to donate copies of LULLABY  and a few other favorite titles to a local charity that helps low income mothers in Evie and Victor’s honor. I’ll share more after I’ve gotten more information. I want other children to experience the joy of words the way my grandchildren do. 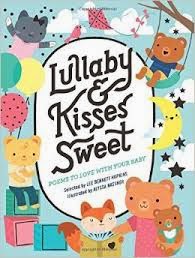 Whew!  I hope I didn't make too many typos, my head is pretty stuffy and my throat feels like sandpaper!   I'm off to take those meds!

For more poetry,  head on over to this week's host, Author Amok,  say hello to Laura and see what everyone is wearing for National Poetry Month.

Linda
I taught elementary and middle school for almost 30 years. I am now retired from teaching and spend my days writing for children and young adults. My poems, short stories, and articles have been published in magazines, teacher resources, and anthologies. I am also the author of an early reader titled TREASURE IN THE ATTIC and a forthcoming novel-in-verse. Write Time is the place where I share my thoughts on poetry, picture books, teaching, and family. Thanks for stopping by!