I drive to work on a road lined on each side with cornfields . Yesterday, as I sat at a stop sign waiting my turn, I noticed a couple of deer standing in the cornfield to my left watching the cars go by. They stood very still and seemed to be in deep thought. I starting wondering what they were thinking. Where they just curious about the cars? Were they waiting at the stop sign for their turn to cross the road? Were they angry about the traffic cutting through their cornfield?

This little poem snapshot was inspired by them. 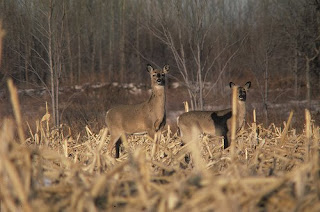 Two deer
in the cornfield
peek out between brown stalks.
Are they hoping to cross the road
safely?

I love books written in verse form and so do many of my students. I just finished reading Almost Forever by Maria Testa (http://mariatesta.com/), author of the award-winning novel Becoming Joe Dimaggio.

Almost Forever is a brief novel written in the voice of a young girl whose father is sent to Vietnam to serve as a military doctor for a year.

Although the girl worries about her father’s safety, she also worries that she might forget him. In this excerpt the girl explains that year is a long time for a child (something we adults often forget).

From “One Year (Not Such a Long Time)”

One year
is not
such a long time,

Daddy said,
kneeling on one knee
in front of me,
squeezing
my shoulders.

In one year, Baby,
you’ll be in
second grade,
not first
and you’ll be
seven years old,
not six,
and then
I’ll be home.
One year
is not
such a long time.

I did not
tell Daddy
that he was wrong—
that second grade
was half a hallway
and a whole world
away from first,
that seven
was everything
six was not,
and that one year
was forever.

Everyday the girl goes with her mother and younger brother to the post office to get the letters from Vietnam. When the letters suddenly stop coming, the family fears the worst.

I teach near an army base. Several of my students have a parent in the military. Some of them have a parent stationed outside of the country. I think they will see themselves through the eyes of the main character and be able to relate to her emotions and experiences. My hope is that Almost Forever will also inspire them to keep a journal to record their own experiences while their parent is away.
Posted by Linda at 8:48 AM No comments: